October, 6 2017, The U.S. Food and Drug Administration today announced that it has awarded 15 new clinical trial
research grants totaling more than $22 million over the next four years to boost the development of
products for patients with rare diseases. These new grants were awarded to principal investigators
from academia and industry across the country.

“Given the often small number of patients facing certain rare diseases, there can be limited
resources devoted to researching new drugs and unique challenges with recruiting and conducting
the clinical trials needed to develop medicines targeted to rare conditions,” said FDA
Commissioner Scott Gottlieb, M.D. “For more than 30 years, the FDA has been committed to
investing in trials of potentially life-changing treatments for patients with rare diseases, especially in
situations where commercial incentives may not be enough to foster the collection of quality data
that can ultimately support efficient development and FDA-approval of treatments for patients who
lack effective alternatives.

By helping to support the cost of development of these potential new
drugs, and reduce some of the financial risk, we also hope that these grants will lower the cost of
the capital needed to develop these products, boost competition and translate into lower prices for
successful medicines. This can help increase access to resulting therapies.”

The FDA awarded the grants through the Orphan Products Clinical Trials Grants Program
(https://www.fda.gov/forindustry/developingproductsforrarediseasesconditions/whomtocontactaboutorphanproductdevelopment/
default.htm), funded by Congressional
appropriations, to encourage clinical development of drugs, biologics, medical devices, or medical
foods for use in rare diseases. The grants are intended for clinical studies evaluating the safety
and effectiveness of products that could either result in, or substantially contribute to, the FDA
approval of products targeted to rare diseases.

Approximately 33 percent of the new grant awards fund studies to accelerate cancer research by
enrolling patients with rare forms of cancer. Sixty percent of these studies target devastating forms
of brain and peripheral nervous system cancers, including glioblastoma and anaplastic
astrocytoma. One study recruits children as young as one year old with a particularly aggressive
form of neuroblastoma.

Other studies span a broad range of diseases and address unmet needs like treating hyperphagia
in Prader-Willi syndrome, a genetic disease that primarily affects children, and idiopathic
osteoporosis in premenopausal women. Two studies recruit patients with unmet need in sickle cell
disease. In addition, one study evaluates a new combination of existing antibiotics to treat
pulmonary tuberculosis (TB), including multidrug-resistant TB. TB is a leading killer of HIV-positive
patients, and, though not as common in the United States, one-third of the world’s population is
infected with TB.

“The clinical trials grant program is an important part of the FDA’s ongoing commitment to
encouraging and supporting the development of safe and effective therapies for rare diseases,”
said Rachel Sherman, M.D., M.P.H, FDA’s principal deputy commissioner. “The grants awarded
this year will support needed research in a range of rare diseases that have little, or no, treatment
options for patients.”

A total of 76 grant applications were received for this fiscal year, with a funding rate of 20 percent.
The grant recipients for fiscal year 2017 are the following:

• Alkeus Pharmaceuticals, Inc. (Cambridge, Massachusetts), Leonide Saad, Phase 2 Study of
ALK-001 for the Treatment of Stargardt Disease – about $250,000 over one year

• CereNova, LLC (Durham, North Carolina), Daniel Laskowitz, Phase 2A Study of CN-105 for the
Treatment of Intracerebral Hemorrhage — about $1 million over two years

• Johns Hopkins University (Baltimore), Susan Dorman, Phase 2a Study of Rifampin, Merrem and
Augmentin for the Treatment of Pulmonary Tuberculosis — about $2 million over four years

Since its creation in 1983, the Orphan Products Clinical Trials Grants Program
(https://www.fda.gov/forindustry/developingproductsforrarediseasesconditions/whomtocontactaboutorphanproductdevelopment/
default.htm) has provided more than $390 million to
fund more than 600 new clinical studies. At least 60 grants have supported the marketing approval
of more than 55 orphan products. Three of the studies funded by this grants program supported
product approvals in 2016 alone, including much needed treatments for aortic wall injury in patients
with coarctation of the aorta and severe hepatic veno-occlusive disease (also known as sinusoidal
obstructive syndrome).

The FDA, an agency within the U.S. Department of Health and Human Services, protects the
public health by assuring the safety, effectiveness, and security of human and veterinary drugs,
vaccines and other biological products for human use, and medical devices. The agency also is
responsible for the safety and security of our nation’s food supply, cosmetics, dietary supplements,
products that give off electronic radiation, and for regulating tobacco products. 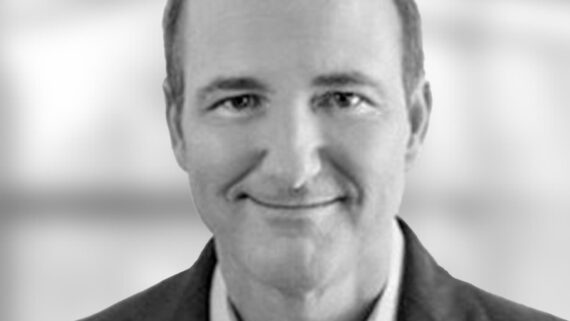