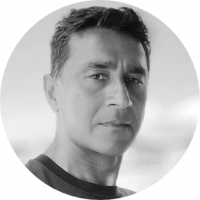 Dr. Desai is the founder of Aadi and has served as Aadi’s President, Chief Executive Officer and Chairman of Aadi’s board of directors since Aadi’s founding in October 2011. He is an inventor of the nab® technology, Abraxane® and FyarroTM. From October 2010 to October 2016, Dr. Desai served as Vice President, Strategic Platforms at Celgene Corporation (now Bristol Myers Squibb), a global biopharmaceutical company. Prior to Celgene, Dr. Desai served as Senior Vice President, Global Research and Development at Abraxis BioScience, Inc., a biotechnology company, from November 2008 until Abraxis BioScience was acquired by Celgene Corporation in October 2010 and as Vice President, Research & Development at Abraxis BioScience from March 1999 to October 2008. Dr. Desai has also previously served in positions of increasing seniority at American BioScience, Inc. and its predecessor companies. He has over 25 years of experience in novel therapeutic delivery systems with numerous issued patents, peer-reviewed publications and book chapters, and presentations at scientific meetings. He participated in FDA and EU Nanotechnology initiatives and was a member of the Steering Committee for the National Cancer Institute (NCI) Alliance for Nanotechnology in Cancer. 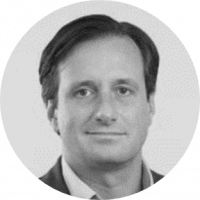 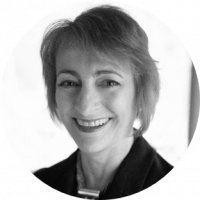 Ms. Reeve holds a B.Sc. in computer science from Imperial College, University of London and is an associate of the Institute of Chartered Accountants in England & Wales.

Dr. Aghazadeh currently is the Managing Partner and Portfolio Manager of Avoro Capital Advisors, a global life sciences investment firm with a focus on supporting emerging biotechnology companies, which he joined in July 2011. From March 2017 to October 2020, Dr. Aghazadeh served as Executive Chairman of the board of directors of Immunomedics, Inc., a public biopharmaceutical company (now a subsidiary of Gilead Sciences, Inc.). Dr. Aghazadeh additionally serves on the board of directors of Scribe Therapeutics Inc., a private molecular engineering company developing advanced technologies for CRISPR-based genetic medicine. Dr. Aghazadeh has more than 20 years of experience in the biopharmaceutical industry, including more than 15 years as an institutional investor and previously six years at Booz Allen as a general management consultant to senior executive teams in the healthcare sector. 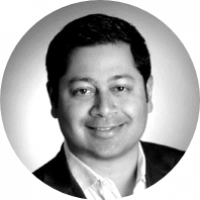 Dr. Hehenberger holds a M.D. and Ph.D. from Karolinksa Institute in Stockholm, Sweden. Dr. Hehenberger did her JDRF post-doctoral fellowship at the Joslin Diabetes Center at Harvard Medical School.

Mr. Maroun has served on Aadi’s board of directors since February 2017. Since June 2014, Mr. Maroun has served as Partner, General Counsel at Frazier Healthcare Partners, a private equity and venture capital firm. Prior to joining Frazier, Mr. Maroun was Senior Vice President and General Counsel of Aptalis Pharma US, Inc. from 2012 through February 2014. Previously, Mr. Maroun has served in numerous senior executive roles for APP Pharmaceuticals, Inc., a fully-integrated pharmaceutical company, including as Executive Vice President, Chief Administrative Officer, General Counsel, and Business Development Officer. Mr. Maroun has also previously held senior positions with Abraxis Bioscience, Inc., a biotechnology company, and American BioScience, Inc., a company involved in the research and development of novel drug compounds. Prior to joining American BioScience, Mr. Maroun was a Director of Merrill Lynch, Pierce, Fenner & Smith, and before that he was a Senior Tax Manager of Deloitte & Touche LLP. In May 2021, Mr. Maroun has been nominated to serve as a member of the board of directors of Lazard Healthcare Acquisition Corp. I, a newly organized blank check company for the purpose of effecting a merger, share exchange, asset acquisition, share purchase, reorganization or similar business combination with one or more businesses. Mr. Maroun also currently serves as a board member or advisor of several privately-held companies funded by Frazier Healthcare Partners, including Community Care Health Network, LLC, Parata Systems, Inc., Orthotic Holdings, Inc., and AppianRx, and was previously a member of the board of directors of Organovo Holdings, Inc., a publicly traded biotechnology company, from August 2016 to July 2020.