LOS ANGELES, Nov. 15, 2021 (GLOBE NEWSWIRE) — Aadi Bioscience, Inc. (“Aadi”) (Nasdaq: AADI), a clinical-stage biopharmaceutical company focusing on precision therapies for genetically-defined cancers with alterations in mTOR pathway genes, today announced two oral presentations that were made related to its lead candidate, FYARRO™ (ABI-009 or nab-sirolimus) at the Connective Tissue Oncology Society (CTOS) 2021 Annual Meeting, held virtually from November 10-13, 2021. CTOS is a multi-disciplinary group of specialized physicians, medical professionals and scientists from around the world who connect and share their knowledge, experiences and research for the advancement of treatment of sarcomas. Both studies, sponsored by Aadi, provided data in patients with advanced malignant PEComa, which is the clinical indication currently under review by the Food and Drug Administration (FDA) with a November 26, 2021 target Prescription Drug User Fee Act (PDUFA) date.

Abstract (ID: 1080984), lead-authored by Mark A. Dickson, M.D., medical oncologist at Memorial Sloan Kettering Cancer Center is entitled, “nab-Sirolimus in Patients with Malignant PEComa Previously Treated With mTOR Inhibitors: Emerging Experience from an Expanded Access Program”. Sixteen patients with Advanced Malignant Perivascular Epithelioid Cell Tumors (PEComa) were treated in an Expanded Access Program (NCT03817515) with nab-sirolimus, dosed intravenously at 100 mg/m2 given on day one and day eight of a 21-day cycle. The investigators concluded that nab-sirolimus showed encouraging clinical benefit including partial responses (PR) in 25% of patients previously progressing on other mTOR inhibitors and, in some cases, other targeted therapies. Disease control rate (DCR) as defined by complete or partial response + stable disease for ≥3 months, was 63%. In this study, the safety profile of nab-sirolimus was acceptable and allowed ongoing treatment for almost one year or more in several patients. In addition, consistent with results of the AMPECT trial, TSC1 or TSC2 alterations were associated with a higher response rate of 44% of patients, despite prior progression on other mTOR inhibitors and/or multiple lines of prior therapy. These results provide further rationale for investigation of nab-sirolimus in a tumor-agnostic study in patients with pathogenic inactivating TSC1 or TSC2 alterations.

A second abstract (ID: 1080747), lead-authored by Andrew J. Wagner, M.D., Ph.D., a senior oncologist at Dana-Farber Cancer Institute, is entitled, “Final Analysis from AMPECT, an Open-Label Phase 2 Registration Trial of nab-Sirolimus for Patients with Advanced Malignant Perivascular Epithelioid Cell Tumors (PEComa)”. This abstract provided a final analysis of the AMPECT study with a data cut of June 30, 2021, updating the recent publication in the Journal of Clinical Oncology which was based on a data cut of November 23, 2020. nab-Sirolimus demonstrated rapid and durable responses in mTOR-naïve patients with locally advanced unresectable or metastatic PEComa. Specifically, of 31 treated and evaluable patients, the independently assessed confirmed overall response rate (ORR) was 39% (12/31, 95% confidence interval: 22, 58); of which 7% (2/31) of patients had a complete response (CR) and 32% (10/31) had a PR. Disease control was achieved in 71% of patients. The patient responses demonstrated long-term durability with a duration of response (DOR) of 92% at 6 months and 66% at 36 months amongst the 12 patients with a response. At the final analysis, the median DOR has not been reached, 50% of patients had a DOR of over 36 months (range 5.6, 55.5+ months). By the final analysis, two patients converted from a PR to CR after 11 months and 34 months of treatment, respectively. Finally, nab-sirolimus demonstrated an acceptable safety profile with no grade 4 or 5 treatment-related adverse events (TRAE) and no unexpected adverse events or new safety signals. Some of the most common TRAEs were stomatitis, rash, fatigue, anemia, nausea, diarrhea and hyperglycemia.

Dr. Dickson commented, “I am encouraged by the activity of nab-sirolimus not only in the AMPECT study, but in advanced PEComa patients previously progressing on other mTOR inhibitors, as well as in other solid tumor histologies with TSC1 or TSC2 inactivating alterations that has been previously presented. There is a strong rationale for conducting a broader investigation of nab-sirolimus in a tumor-agnostic setting.”

Perivascular epithelioid-cell tumors (PEComa), defined by the World Health Organization as ‘mesenchymal tumors composed of distinctive cells that show a focal association with blood-vessel walls and usually express both melanocytic and smooth muscle markers,’ are a rare subset of soft-tissue sarcomas, with an undefined cell of origin. While there is no formal epidemiology for malignant PEComa, it is estimated that there are about 100-300 new patients per year in the United States. Malignant PEComas may arise in almost any body site (typically the uterus, retroperitoneum, lung, kidney, liver, genitourinary, and gastrointestinal tract with a female predominance) and can have an aggressive clinical course including distant metastases and ultimate death. The estimated survival based on retrospective reports is 12-16 months. Cytotoxic chemotherapies typically used for sarcoma show minimal benefit and there are currently no drugs approved for this disease. Malignant PEComas have been shown to frequently harbor mutations in the TSC1 and/or TSC2 genes that result in the activation of mTOR pathway making it a rational therapeutic target for this disease.

About Aadi Bioscience and FYARRO™

Aadi is a clinical-stage biopharmaceutical company developing precision therapies for genetically-defined cancers. Aadi’s primary goal is to bring transformational therapies to cancer patients with mTOR pathway driver alterations such as alterations in TSC1 or TSC2 genes, where other mTOR inhibitors have not or cannot be effectively exploited due to problems of pharmacology, effective drug delivery, safety, or effective targeting to the disease site. Aadi’s lead product candidate is FYARRO™ (sirolimus albumin-bound nanoparticles for injectable suspension; nab-sirolimus; ABI-009), an mTOR inhibitor bound to human albumin that has demonstrated significantly higher tumor accumulation, greater mTOR target suppression, and increased tumor growth inhibition over other mTOR inhibitors in preclinical models.

Aadi’s registration trial of FYARRO in advanced malignant PEComa (the “AMPECT trial”) demonstrated meaningful clinical efficacy in malignant PEComa, a type of cancer with the highest known alteration rate of TSC1 or TSC2 genes. FYARRO has received Breakthrough Therapy, Fast-Track and Orphan Designations from the U.S. Food and Drug Administration (FDA). A rolling New Drug Application (NDA) submission was completed in May 2021 for this indication and the FDA accepted the NDA in July 2021 and granted Aadi Priority Review status with a Prescription Drug User Fee Act (“PDUFA”) target action date of November 26, 2021.

Based on the AMPECT trial and emerging data for FYARRO in other solid tumors with TSC1 or TSC2 inactivating alterations, and following discussions with the FDA, Aadi plans to initiate a tumor-agnostic registrational trial in mTOR inhibitor-naïve solid tumors harboring TSC1 or TSC2 inactivating alterations by the end of 2021 or early 2022. Aadi also has ongoing studies to evaluate dosing of FYARRO in combination regimens. FYARRO is an investigational drug that has not been approved by the FDA for commercial distribution in the United States. More information is available on the Aadi website at  www.aadibio.com.

Aadi Bioscience, Inc. (“Aadi”, “The Company”) cautions you that certain statements included in this press release that are not a description of historical facts are forward-looking statements. These statements are based on Aadi’s current beliefs and expectations. Forward-looking statements include statements regarding: FYARRO, including expectations regarding the clinical responses and safety profile, regulatory approval and commercialization, and the timing of additional clinical trials, including the registrational trial in patients harboring TSC1 and TSC2 inactivating alterations that is expected to begin by the end of 2021 or in early 2022; and the expectation that Aadi’s cash and cash equivalents will fund operations into 2024. Actual results could differ materially from those anticipated in such forward-looking statements as a result of these risks and uncertainties, which include, without limitation: risks related to Aadi’s ability to obtain, or the timeline to obtain, regulatory approval from the FDA and other regulatory authorities for FYARRO in advanced malignant PEComa; risks related to Aadi’s ability to successfully commercialize, including the timing of a commercial launch of FYARRO in advanced malignant PEComa; uncertainties associated with the clinical development and regulatory approval of FYARRO, including potential delays in the commencement, enrollment and completion of clinical trials; the risk that interim results of clinical trials may not be reproduced and do not necessarily predict final results; the risk that one or more of the clinical outcomes may materially change as patient enrollment continues, following more comprehensive reviews of the data, and as more patient data become available; the risk that unforeseen adverse reactions or side effects may occur in the course of developing and testing FYARRO; risks associated with the failure to realize any value from FYARRO in light of inherent risks and difficulties involved in successfully bringing product candidates to market; risks related to Aadi’s estimates regarding future expenses, capital requirements and need for additional financing; and risks related to the impact of the COVID-19 outbreak on Aadi’s operations, the biotechnology industry and the economy generally.

Additional risks and uncertainties that could cause actual outcomes and results to differ materially from those contemplated by the forward-looking statements are included under the caption “Risk Factors” and elsewhere in Aadi’s reports and other documents that Aadi has filed, or will file, with the SEC from time to time and available at www.sec.gov.

FYARRO™ is a trademark of Aadi Bioscience, Inc. 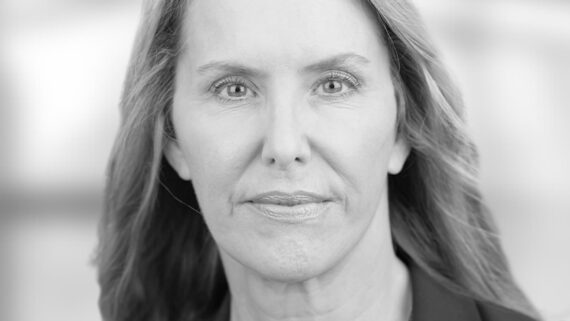